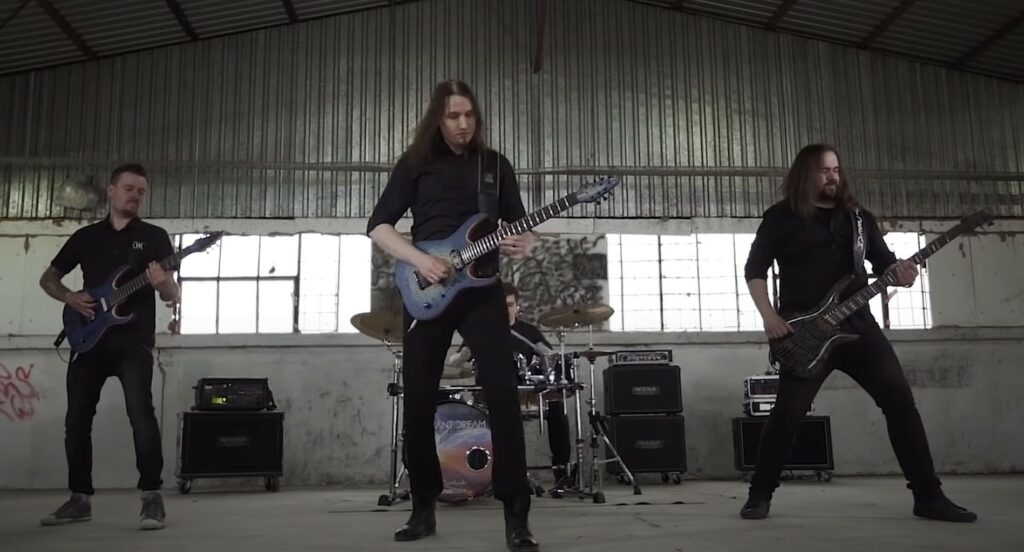 Polish instrumental project Distant Dream has released a new video from their current album “Point Of View”. You can see the release “Unknown Path” on the band’s YouTube channel.

Although the title claims otherwise, it should be pretty clear which path the band of mastermind and band founder Marcin “Majeran” Majrowski will follow in the future. Anyone who likes Distant Dream knows what he is getting: atmospheric sounds of the harder kind, but which should also be very attractive to fans of other genres. One could best describe the music of the Poles as Ambient Post Metal, because it gets by without words, but in the mostly four to five minute instrumental pieces it conveys a lot of emotions and creates images in the head. The soundscapes of Distant Dream invite you to daydream and are also ideal for long car journeys through the countryside.

Distant Dream with three albums since 2017

I became aware of the group in 2017 through their debut album “It All Starts From Pieces”. It was an absolute listening pleasure from start to finish for open-minded metal fans who are not just into dull heaviness. I would still call it their reference work, not least because of the brilliant guest appearances of various guitar virtuosos such as Stel André and the excellent, powerful production. With “Your Own Story” (2018) and “Point Of View” (2020) two more releases followed, which basically confirmed the high standard. A few signs of wear and tear are noticeable on the current disc because it also contained some shorter and dispensable pens.

Nevertheless, or maybe because of that, I am now looking forward to the future. The one-man project has finally grown into a full-fledged band, which has already played a number of celebrated concerts in their home country. All band members have now been introduced in the form of short profiles on their Facebook page.

If the Distant Dream musicians should find their way to Germany – maybe next year – I would definitely secure tickets. Because there is no question that they are real experts on their instruments.

Proof of this is provided by the track “Unknown Path”, which you can see here.