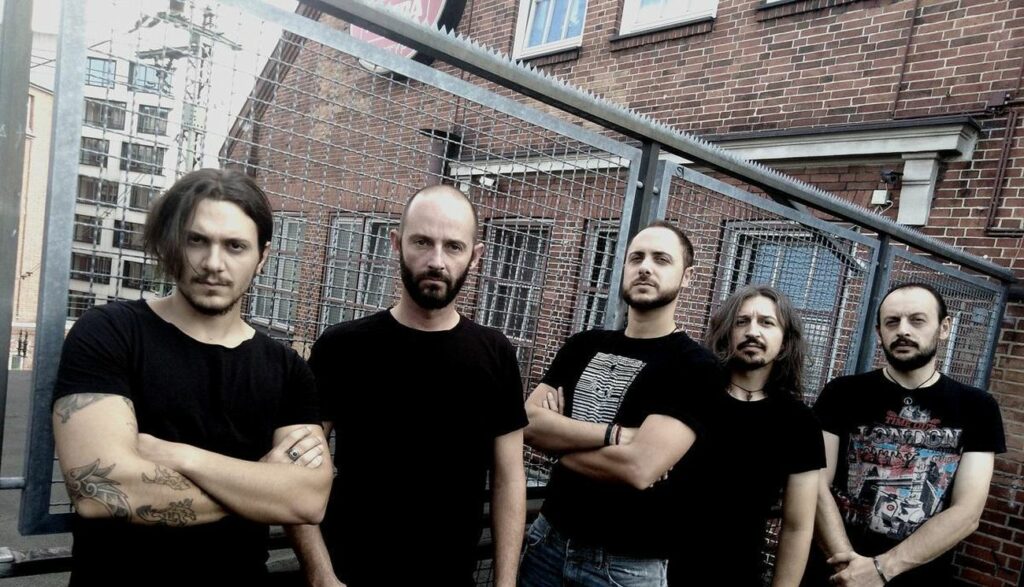 Kingcrow announced this Thursday (September 2nd) on Facebook that the recording sessions for their new album will start soon. The Italian prog metallers set the bar very high with their last two releases. Both “Eidos” (2015) and “The Persistence” (2018) ranked very high in my personal annual charts.

According to the band from Rome, which was founded in 1996, the new work will – like the previous releases – probably again bear the title of the longest song. This is “Hopium”, which is supposed to run for 9 minutes. On their Instagram profile, the brothers and band founders Diego (guitar) and Thundra Cafolla (drums) and their four colleagues will inform the fans about the progress of the recordings.

At the beginning of last year they were on a double headliner tour through Germany together with the solo project Blind Ego by RPWL guitarist Kalle Wallner. This ended just before the start of the first Corona wave in our country.

I saw the band on March 6, 2020 at Zentrum Altenberg in Oberhausen and was extremely enthusiastic about their performance. Singer Diego Marchesi can really sweep the crowd away. I can hardly remember a concert at which I’ve raised my hands over my head so often and rhythmically clapped along. The rest of the band was also highly motivated that evening, although the pandemic in the north of their home country had already had dire consequences.

At the gig in Oberhausen Kingcrow also presented their then new song “Astray”. I’m curious to see whether it will also make it onto the new album. There is no exact release date yet. But one can assume that the Italians want to release the disc this year if possible, so that they can finally tour extensively again next year – if the infection situation allows it. Hopefully the sympathetic musicians will then make another detour to Germany.