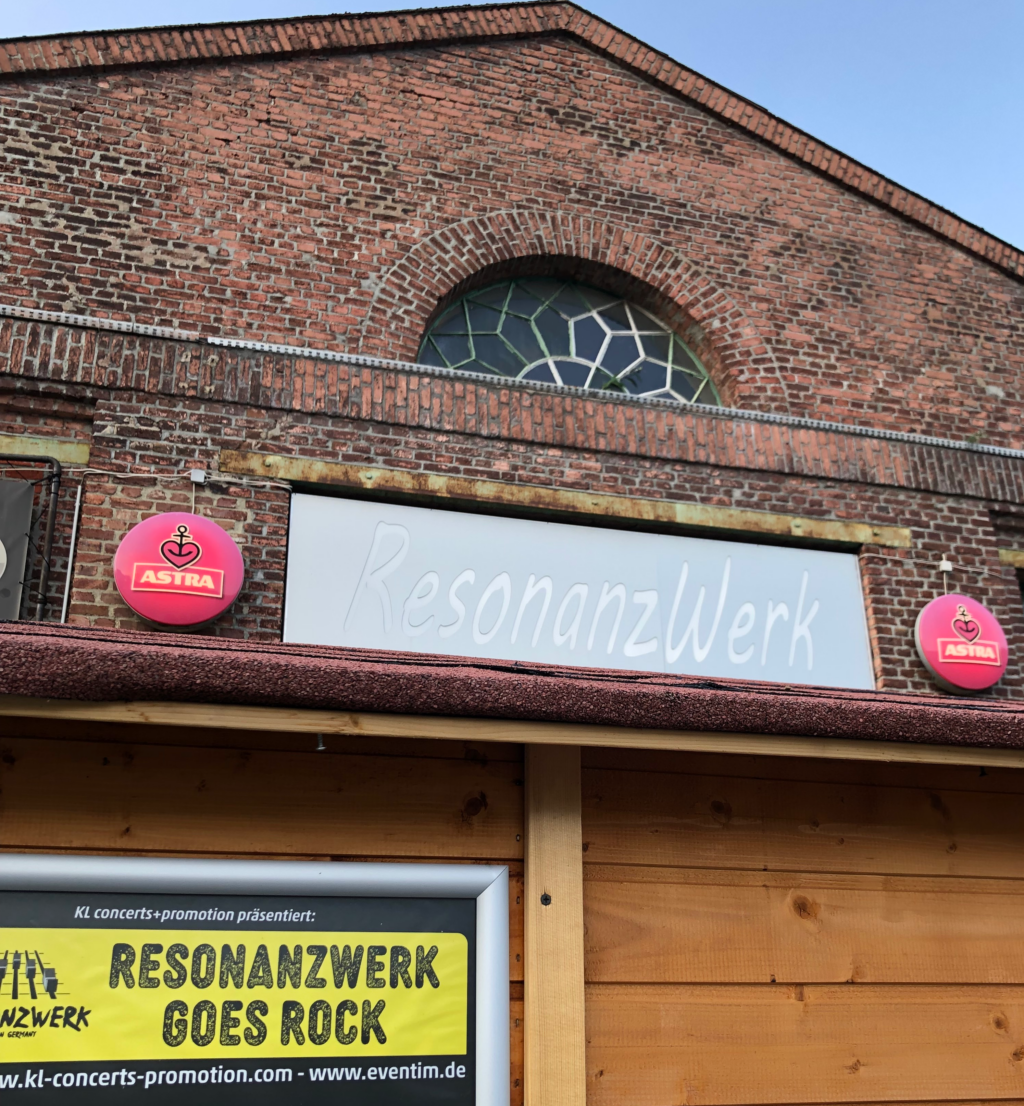 Perseverance is now paying off: As one of the first locations in the Ruhr area, the Resonanzwerk in Oberhausen has been offering a continuous live program since the summer. And in the last quarter of 2021, the team was able to land some real music highlights. We take a look at the top concerts until the end of the year.

On Friday, October 29th, German Hard Rock legends will be guests in the Revier. Victory are guests at the Resonanzwerk. After being out of sight for a long time, the Hanoverians recently returned with their album “Gods Of Tomorrow”, as if they had never been away.

Victory end a long break with a stage comeback

In addition to the new pieces, guitarist and band leader Herman Frank will certainly play the absolute classics from the 35-year history of the band, which catapulted Victory into the premier league of German Rock and Metal acts from 1984 – alongside Scorpions, Accept and Halloween. As a support act, Phoenix Rising from Mönchengladbach will hopefully heat up the hopefully numerous fans.

It will be a little harder and faster, but no less iconic on Friday, November 5th. With Scanner, one of the most renowned German Power/Thrash bands enters the stage at the Resonanzwerk. The local heroes from Gelsenkirchen also play music from their last album “The Judgment” (2015), which seamlessly ties in with their golden days in the 1980s and 1990s. They are supported by two other groups from Germany: Dornenkönig and Rebels’ Reuinon .

Former Voice Of Germany finalist in the Resonanzwerk

On Sunday, November 7th, fans of stadium rock à la Bon Jovi will get their money’s worth. With Bounce one of the best cover acts of the famous US troupe is guesting at the Resonanzwerk. Incidentally, the front man and singer is Oliver Henrich, who made it to the finals in the ProSieben show “The Voice Of Germany” in 2020. Even as a Jon Bon Jovi double, he is in no way inferior to the original and has even been considered “the better Bon Jovi” by the press because of his incredible voice.

It will be really nostalgic on Thursday, December 9th. The Krautrock legend Birth Control appears at the Resonanzwerk 51 years (!) after the release of their first studio album. After the death of band leader Bernd Nöske in 2014, the group has been back on tour very successfully for several years with a new line-up. Birth Control, who are supported by Cryptex in the preliminary program, will certainly prove this at this concert as well.

One of the last music evenings this year at the Resonanzwerk will be another very special one. Because three top-class bands can be seen there on Thursday, December 16. The finest Blues, Garage and Retro Rock are on offer. The support acts Black Mirrors from Belgium and High Tide from Germany alone would be worth a visit. But The Damn Truth from Canada top it off with their energetic Rock’n’Roll sound.

The other events in the Resonanzwerk are also worth a visit. It cannot be mentioned often enough what the location has done for the Rock and Metal scene in the Ruhr area with its regular concerts – mostly as part of the series “Resonanzwerk goes Rock”. In difficult times, the evenings certainly encouraged other organizers to finally host concerts again.

Shows no longer have seats – but observe the 3G rule

After the first gigs in the summer had to be fully seated – which was a horror especially for the Metal fans (here the concert report by Iron Savior in the Resonanzwerk) – the NRW Corona Protection Ordinance now even allows a good piece of normality. Because with a full vaccination or recovery or a corona test, which must not be older than six hours, you can now enjoy all performances standing, without distance rules and without a protective mask.

All information on purchasing tickets and the applicable implementation regulations can be found on the Resonanzwerk website: www.resonanzwerk.de