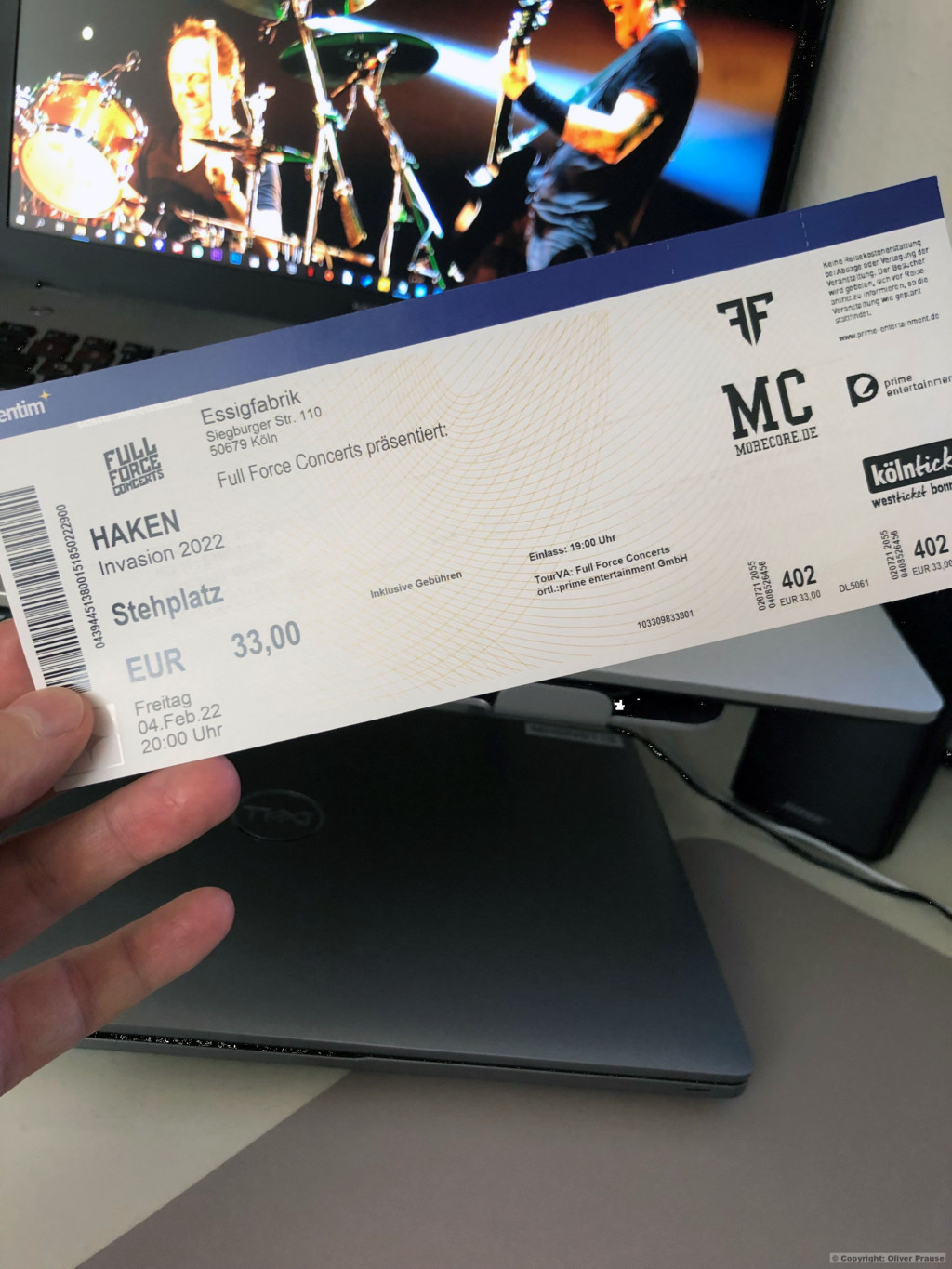 One band I really wanted to see live before are the British Haken. The sextet from London was only founded in 2007, but has really shaken up the progressive metal scene since then.

And rightly so: Each of their releases since the debut album “Aquarius” is unique. One has never repeated oneself, but has steadily developed. The Six can even can hold a candle to legendary bands like Gentle Giant on the instruments – just listen to “Cockroach King” from “The Mountain” (2013): The complex chants could have been from an GG album of the 1970s. The virtuosity is really impressive, but at the same time, Haken don’t take themselves as seriously, as their funny puppet video shows.

Besides, there hasn’t been a really bad album so far – “Affinity” from 2016 is controversial among the fans because of its heavy eighties load, but I personally love the record. The last two albums “Vector” (2018) and “Virus” (2020) have to be regarded as a disguised double album because of the melodies and themes that they repeatedly pick up on each other (by the way, all about the “Cockroach King”).

As part of their Invasion tour, Haken will be returning to Germany at the beginning of next year. I will be there at the tour premiere on February 4 at the Essigfabrik in Cologne and I expect a real firework of complexity, coupled with a lot of toughness. Let’s rock!

You can find all tour dates on the Facebook profile of Haken: