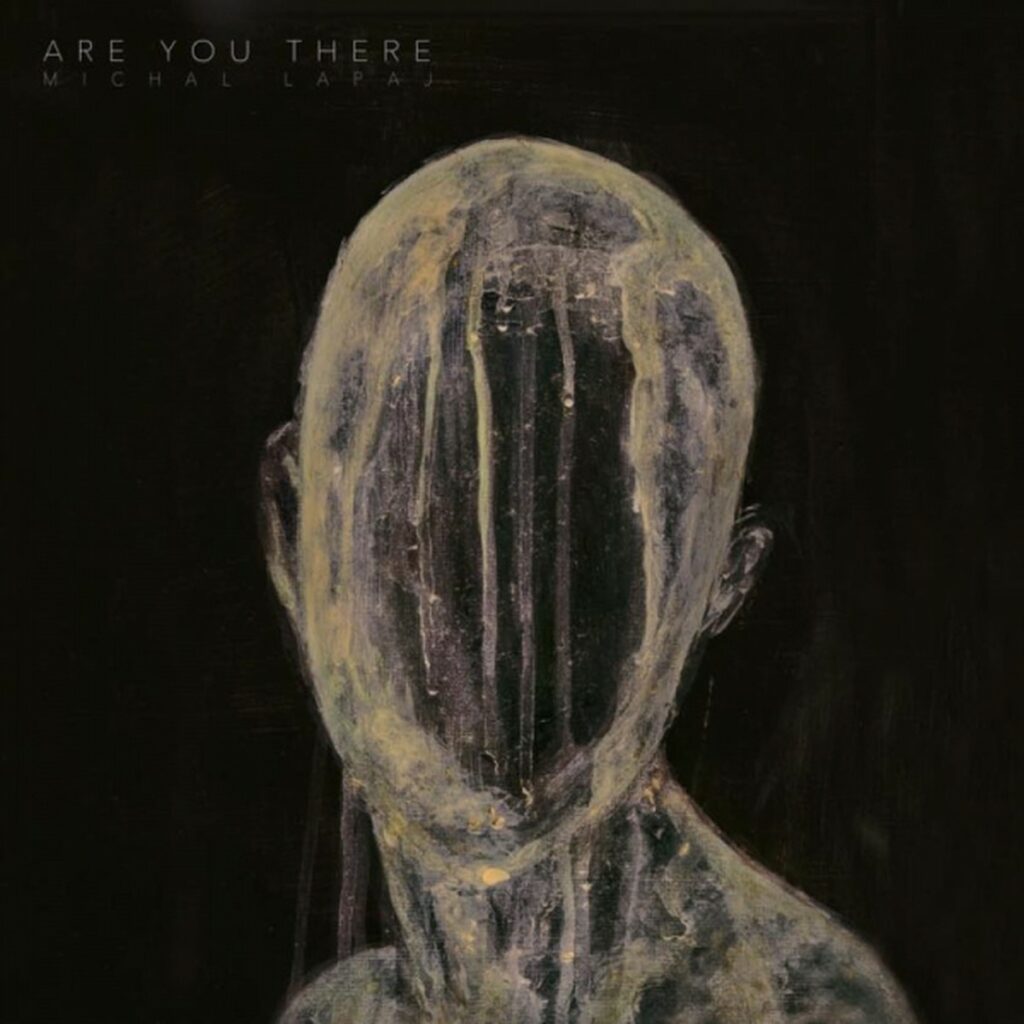 Cover Michal Lapaj - Are You There? © Mystic Production

Michał Łapaj, the keyboardist of famous Polish progressive rock band Riverside, has released his first solo album. In this review you will find out why he can even step out of the shadow of the much better known frontman Mariusz Duda.

He is always in a good mood on stage, constantly bouncing back and forth between his numerous keyboard instruments and animating the audience to clap along at exactly the right moments: Michał Łapaj could be described as the good soul of Riverside. I saw him at the terrific concert in the Turbinenhalle Oberhausen at the end of 2018 – he can really sweep the crowd away.

But the 39-year-old can also do other things: Composing really dark music and making it heard. He proves this on his first solo record, which he has now released for one of the largest Polish independent record labels, Mystic Production.

Mick Moss from Antimatter as a guest singer

Just a look at the tracklist promises great things: The Riverside keyboardist is supported on two tracks by Mick Moss on the microphone. The Antimatter singer always inspires me with his brilliant voice, which is not unlike that of Eddie Vedder (Pearl Jam), but transports much more depressive lyrics. Which is also the case on “Are You There?”.

After the quiet “Pieces”, which is reminiscent of Richard Wright’s keyboard intros for Pink Floyd, “Flying Blind” is the first Moss song, which is directly followed by number two. Above all, “Shattered Memories” could easily have come from an Antimatter album – both lyrically and musically, the piece easily competes with the “saddest band on this planet”. The keyboard melody inevitably eats its way into the brain on the first run and remains anchored there. A genius of a song that also has real drums and a brilliant guitar solo at the end. 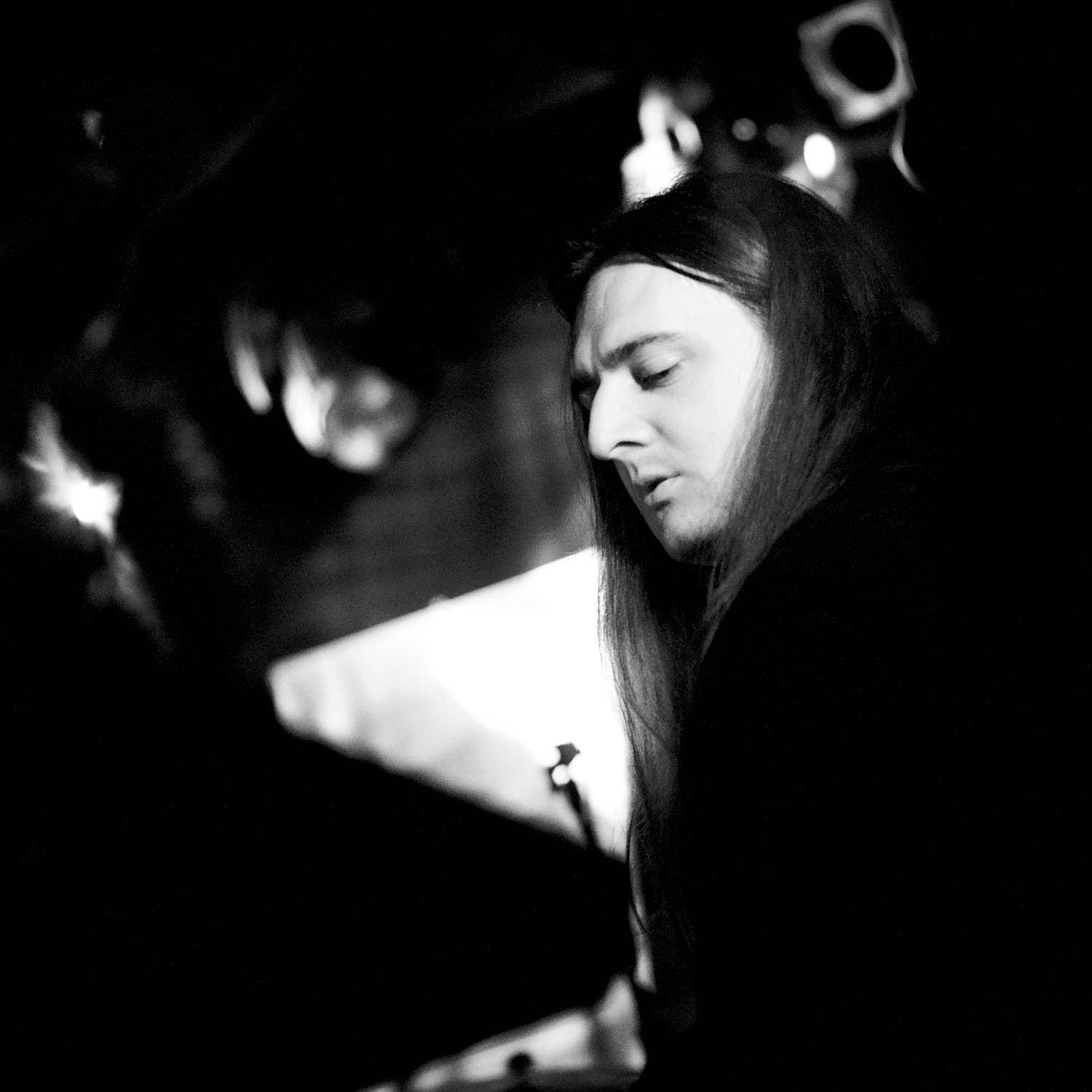 On his first solo album, the Riverside keyboardist takes the listener into gloomy worlds of sound that are second to none

The atmosphere that Łapaj builds up is incredible. The whole album develops an almost hypnotic character, as we know it from Lunatic Soul, the side project of his band colleague Mariusz Duda.

In addition, the order of the pieces is just right. After the two Moss appearances, the 39-year-old gets reinforcements on board again. Polish singer Bela Komoszyńska refines “Shelter” with her brilliant voice – this could be the album’s “hit single”. It would definitely be justified if Michał Łapaj gets the attention on radio stations and in the charts with this song that he deserved for his entire masterpiece.

After that, the solo artist unpacks his entire arsenal of electronic devices – in order to build up threatening soundscapes that are repeatedly broken up by beautiful keyboard melodies. Bela Komoszyńska has another big appearance between the two ten-minute monoliths “Where Do We Run” and “In Limbo”. “Fleeting Skies” is not a real song – the Pole uses her voice more like another instrument. The structure of the piece is similar to “The Great Gig In The Sky” from the Pink Floyd classic “Dark Side Of The Moon”.

But also Tangerine Dream fans get their money’s worth over the course of more than 60 minutes. But there is absolutely no trace of a cheap copy on the entire album. On the contrary: The Riverside keyboader has created something that I have not yet heard in this form. Not with Riverside, not with Lunatic Soul, not with Pink Floyd, not even with the German electro legend Tangerine Dream.

My album-of-the-year-list has a new #1

When the last bars of “From Within”, the final piece, have faded away, one has to find a way back to reality – that is how far Michał Łapaj took you into dark, completely new worlds of sound. And yet one is inclined to press the play button again immediately. This fantastic album is addicting. My favorite so far this year!
(Read all my reviews here)