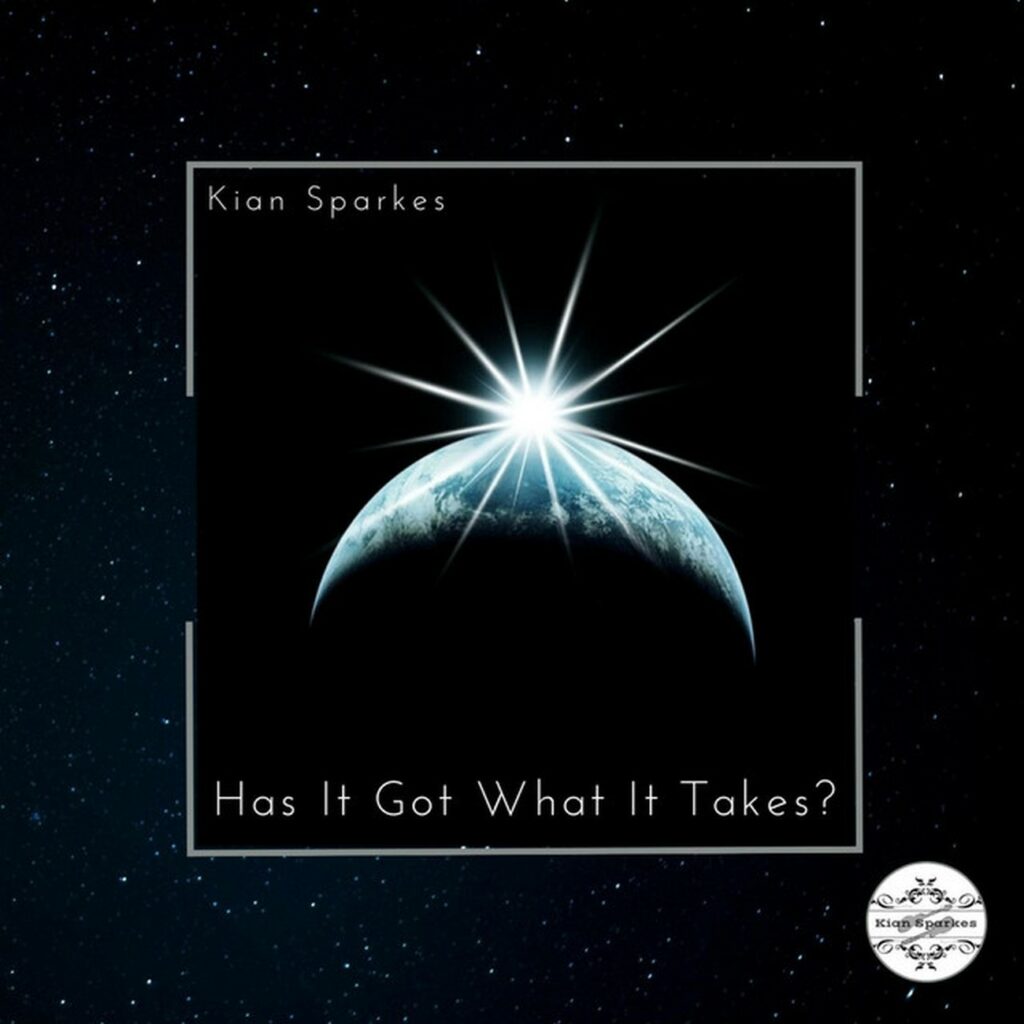 Note on our own behalf: This is the first review from a guest author on this website. I am very happy to welcome Jürgen to my team. Thank you for taking your time to write the following text for Buying New Music!

Handmade music, hand-wired speakers and amplifiers; that paints the picture of Kian Sparkes, producer, singer, guitarist and composer. The music is honest and earthy, in his own studio, which has been constantly being adapted to the developments in technology for years, pure rock`n roll and country rock, as the Briton calls his style, is created.

Kian does not submit to technology, the PC is a tool just like an instrument, but you have to master both. This is how the songs are created on the acoustic guitar, the sound is expanded on the amps until every text and every note is in its place. The bass is played by himself, as are the piano passages and often the drums as well. Software and audio interfaces only come into play when everything sounds authentic.

“Has it got what it takes” is not the first and certainly not the last recording to come from Cheshire, UK, a county south of the city of Liverpool, the home of the musician. The long player was given a freshness cure in 2020 and is one of the discs that used to be in the side compartment as a music cassette and were used on long car journeys … Tape salad due to material exhaustion.

“You left alone” whets the appetite for the day and puts you in the mood for the musician who combines happy country passages with melancholy undertones or puts rock riffs in places where you don’t expect them. The title track afterwards is an old-style rock ballad, based a bit on groups like “Kansas” or “Lynyrd Skynyrd”, Springsteen or Southside Johnny were also in the same record cabinet.

“Cold morning coffee” finally wakes you up and encourages you to tap the gas pedal if you are not careful. George Thorogood or Tom Petty could have come up with the same rock and roll anthems. “Growing Trend” makes you think of a coffee break with a banjob escort on a deserted highway somewhere in Louisiana. “Eyes have dried up” lets the singer’s voice sing a ballad impressively and reveal the multi-instrumental class of Sparkes.

He is not afraid to emulate role models like Bon Jovi, according to his own statement. He doesn’t steal, but sets accents and people of this generation are happy that something like this still exists. “Wasting Time” jumps out of line and is unusually groovy, blues and some jazz in its own mix. You have to like it….

The pure joy of playing

“You`re the truth” soothes the listener and lets him hear Dylan, Guthrie or Stevens, unplugged at its best. “Best in me” brings the 70s back with David Gilmour, Eric Clapton and a little Blackmore. Get up for good and clap along is the reflex of every rock’n’roller on the last three songs. The disc ends in a rock inferno of the very first class. Exactly the songs, exactly the rhythms and riffs that you need for the last few kilometers of the journey, to hold out or expected as an encore at the concert.

With “Better not touch” a serious background can be felt in the lyrics, the music defuses the basic mood. “Takincare of business” already suggests in the title that there was pure joy in playing and that the record shouldn’t end irrelevantly, … like “Times tickinaway”, a cracker that animates every hard rock combo to cover.

A work for the nostalgic, the young at heart or the young who are curious about small studios and artists with high musical standards and audible joy in what they do.

Album: Kian Sparkes – Has it got what it takes (2018)
Label: SparkeSong Music
Format: CD, Vinyl