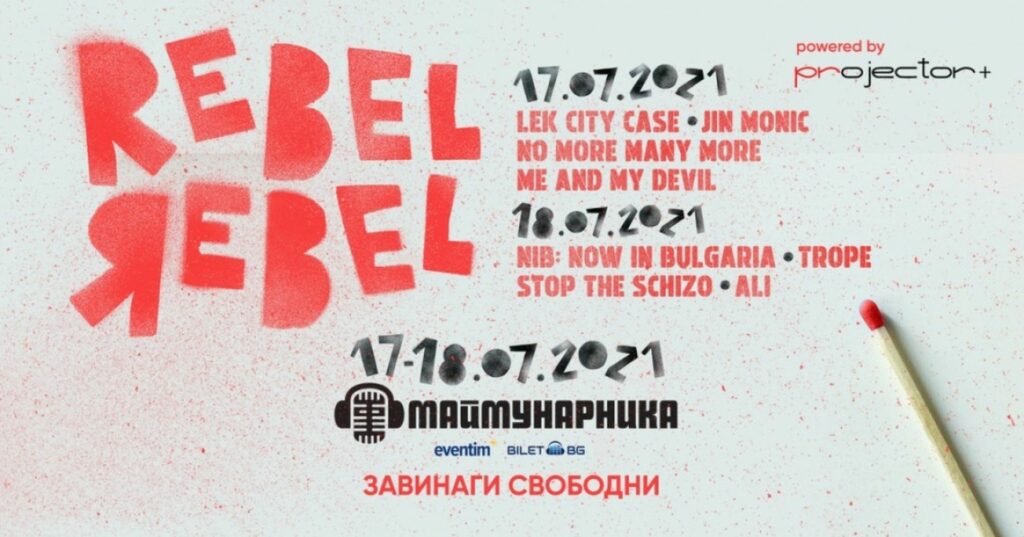 There’s news from the alternative prog band Trope, one of this year’s top newcomers in my opinion. The five musicians are playing at a festival this weekend.

The event is not taking place in familiar territory in the United States or Canada, but in Bulgaria. There, the corona rules are already significantly relaxed compared to Germany and other countries. Concerts or festivals with numerous visitors can also take place.

A long journey for the band

After their long journey across the pond, Trope perform there this weekend at “Rebel Rebel”. The two-day festival in the capital Sofia gives hopeful new groups a chance to present themselves to a larger audience. “Stop The Schizo” will also play during the second part of the festival on Sunday, July 18th. The Trope members have been on friendly terms with the Bulgarian alt-rock formation since their first stay in the Balkan country.

On October 1st, 2020 the US band performed in the “Thin Red Line” club in Sofia (until today their last appearance) and made many contacts before and after the gig. Singer Diana Studenberg was so enthusiastic about the Bulgarian music fans that she even sent them a video message on YouTube for the release of the first record “Eleutheromania”.

Diana Studenberg from TROPE says Hi and Thank you, Bulgaria!

New video is due for release

By the way, before the next guest appearance in the country on the Black Sea, the band rehearsed a lot. In the Rehearsal Factory in Toronto/CA the track “Planes” from their fantastic debut (here you can read my album review) was probably also rehearsed. Trope has produced another music video for the new single that could be released soon. A little Behind-the-scenes-video of it can be seen on the band’s official Facebook page.

Incidentally, the five trope musicians do not want to stop with a one-off gig at the “Rebel Rebel” festival this time in Bulgaria. Diana Studenberg has informed me that they will look for further performance opportunities.

Germany also in the tour plans?

I would really be very happy if the band would also play in Germany soon. Here, they’re also planning further easing steps on September 1st, which could then make major events such as concerts possible again.

So Diana, Moonhead and Co .: Please come over to us! I or other Trope supporters (there are more and more) would be very happy.