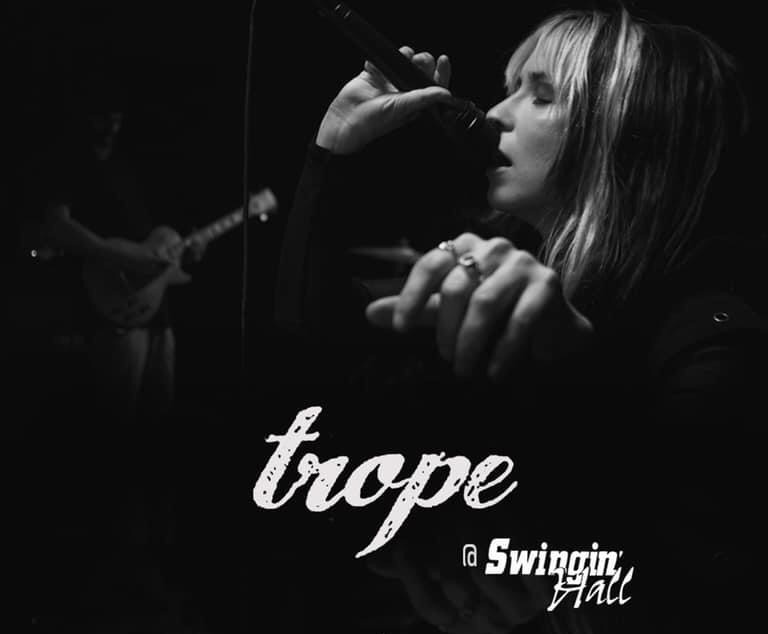 There’s news from Trope. Diana Studenberg had already indicated in an interview that there will be more concerts of the US/Canadian alternative prog band in Sofia. Now the next gig has been announced.

On Saturday, August 7th, the concert will take place in the „Swingin‘ Hall“ in the Bulgarian capital. Doors open at 9 pm, the show is scheduled to start at 11 pm. Again, only singer Diana and guitarist Moonhead will be on stage. But they have already proven at the “Rebel Rebel” festival last Sunday that they can inspire their audience despite the defined cast. The other three band members could not come to the Eastern European country due to travel problems in the pandemic.

And there are other big things in the making for the prog newcomers: Their next video for the song „Planes“ is apparently about to be released. There are two new teasers on Tropes social media channels. The last scenes with guitarist Moonhead were just shot in Bulgaria.

The band will probably stay there longer. The return to North America is planned for the end of August. Before that, further concert appearances in Bulgaria may follow.

Here you can see my video interview with Trope singer Diana Studenberg: