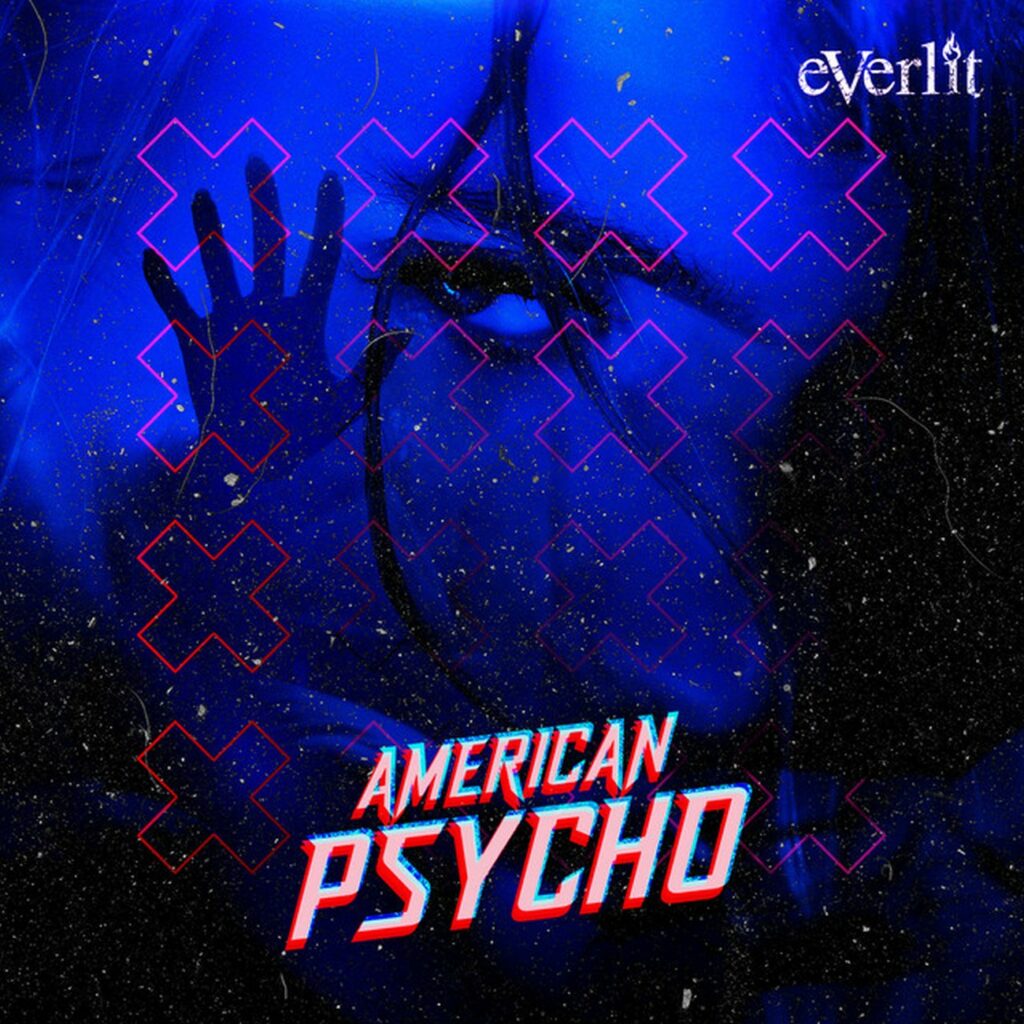 Since I’ve been running this music blog, I’ve been fascinated again and again by how quickly and easily you can get in touch with talented musicians. Most of the time I don’t have to do anything about it, because they come up to me. Now another band from overseas I have never heard of before has contacted me, this time via Twitter. The four guys are from Philadelphia/USA, call themselves Everlit and play Hard Rock. What is unusual is that the group did not have an entire album to present to me, but one new song. But that’s all the better.

Some rising newcomer bands are well advised to get a prominent name on board in order to really get started. In any case, Everlit landed a real coup with their single. “American Psycho” has none other than Spencer Sotelo as co-singer.

And the frontman of US Djent stars Periphery really shines on the bridge to raise the track far above average with his concise voice. The song begins with dark keyboard sounds and culminates in a memorable chorus, whose melody and lyrics crawl deep under your skin and in your ears and stay there for a long time.

A full Everlit album is in the works

Everlit have set a high standard with this song. The band, which was founded in 2015, should definitely be on your radar, even though – as mentioned above – there is still no complete album of theirs. But the guys from Philly are working on it: Since 2019 there are regular single releases which will result in a whole work in the end.

The rising Progressive Metal stars Sleep Token did something similar and then had a huge success with their complete debut a year and a half ago. The debut by Everlit already has a title: “Welcome To The Show” will initially appear in digital form and on the well-known streaming services and later also in physical form.

The group is also announcing more live performances to support their music. In any case, I would be very happy to see them at a concert in Germany sometime in the near future.

Here you can see the video for “American Psycho”.