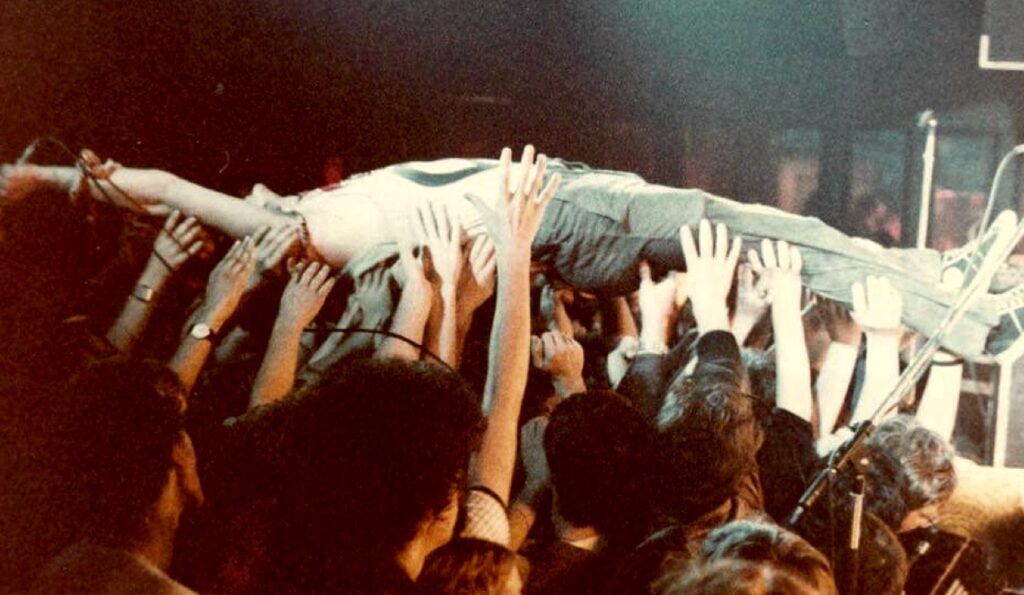 Steven Wilson has just proven his talent for remix versions of well-known Prog Rock albums with the new edition of the Gentle Giant classic “Free Hand”, when the sound tinkerer already has a new project in the pipeline. This time a memorial is to be erected to an almost forgotten neo-prog legend.

Twelfth Night were on the verge of a big breakthrough in the early 1980s after the former instrumental band had found a charismatic singer with Geoff Mann. He made every concert – for example in the London Marquee Club – an experience for the audience, and so Twelfth Night were suddenly a highly traded insider tip in the British music scene.

But everything turned out differently: Mann left the band after the first – and best – studio album “Fact And Fiction” (1983), later became a priest and died of cancer in 1993 at the age of 36. Instead, other groups in the Neo-Prog scene became famous. Today, Marillion is the best known of all. But also IQ, Pallas and Pendragon are still active and have a loyal fan base.

But if you ask these Neo-Prog bands which of them was the best in the movement for them personally, the name Twelfth Night is almost always mentioned. With their unusual style, which was not only influenced by Prog Rock of the seventies, but also massively by New Wave, they had an exceptional artistic position. The great talent was already indicated on the first demo work “Smiling At Grief”, which was released on cassette in 1982.

After a so-called “Definitive Edition” was released on CD at Festival Music in 2009, drummer Brian Devoil, who has managed the Twelfth Night legacy over the years and occasionally meets with his former buddies at commemorative concerts, wants to go one step further. In addition to Steven Wilson, he also invited his No-Man colleague Tim Bowness and Progressive Rock greats Pete Jones, Simon Godfrey, Brian Hulse, Rob Reed, Lee Abraham, Stu Nicholson, Karl Groom, Dean Baker, Mark Spencer and Andy Tillison to participate in the new edition.

There will be three versions of “Smiling At Grief”. Initially in March/April 2022 a vinyl edition containing new versions of the nine tracks of the original album. This is followed by a double CD and a download version containing additional alternative remixes.

Here is the tracklist of the planned new edition of “Smiling At Grief”: