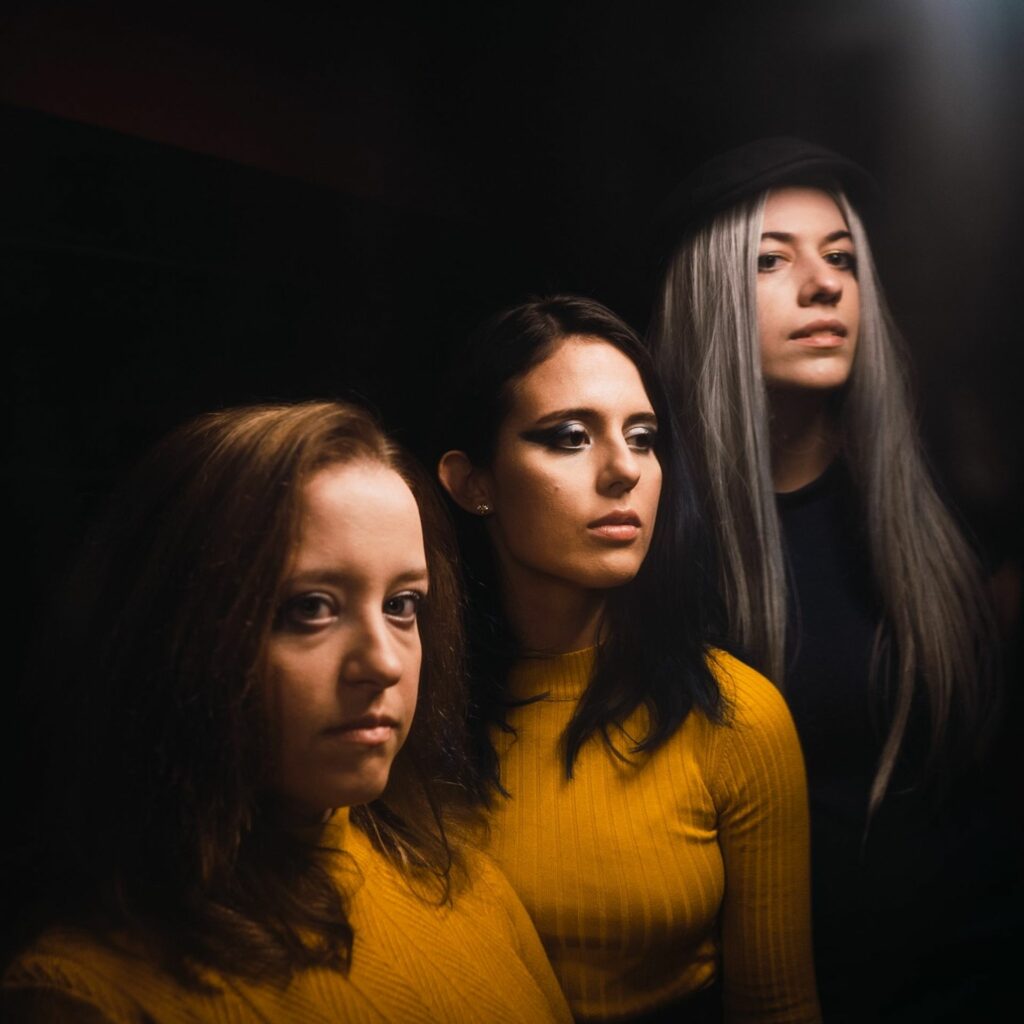 During my interview with Decho Taralezhkov from Stop The Schizo, I noticed that there is a very lively Rock scene in Bulgaria – and especially in the capital Sofia. Here’s the next example – the People Of Maha. A band founded in 2018 that consists only of female musicians: singer Bia Carvalho, guitarist Mila Ninova and drummer Alex Gesheva.

The first contact with the formation came about in a curious way. Mila, who also acts as a kind of manager for them, wrote to me via Facebook immediately after I had published my story about Stop The Schizo. She told me she heard that I was the booking agent for the Rock festival in Chania on the Greek island of Crete and asked if I could arrange a gig there. Of course I couldn’t – since I’m just a journalist from Germany who also runs a music blog as a hobby.

Debut album “Blue To Gold” was released in June

Although as an Alternative Rock act they play music actually not in the genres that I usually write about on this blog, I decided to make a story about the People Of Maha. But in the end it turned out to be a video interview which you can watch here.

During the chat, guitarist Mila and singer Bia – drummer Alex was unfortunately absent due to technical problems – said of course something about the band’s debut entitled “Blue To Gold”, which was released in June. Among other things, they explain why the work is actually a concept album.

The band describes their music as retro-futuristic inspired Rock with influences from Pop, Classic Rock, Blues, Hard Rock and more. “We like to describe our sound as something a person would play in the 70s or 80s, if they were trying to sound futuristic for that period of time”.

The interview is also about the concert tour that took the three of them to numerous Bulgarian locations in the summer. The interview was made just before their last concert – the “Metal Blast” festival in Sofia. Yes, in Bulgaria you can also perform in front of a Metal audience as an alternative band. As already mentioned above, the music scene in the Eastern European country is just very lively and extraordinary.