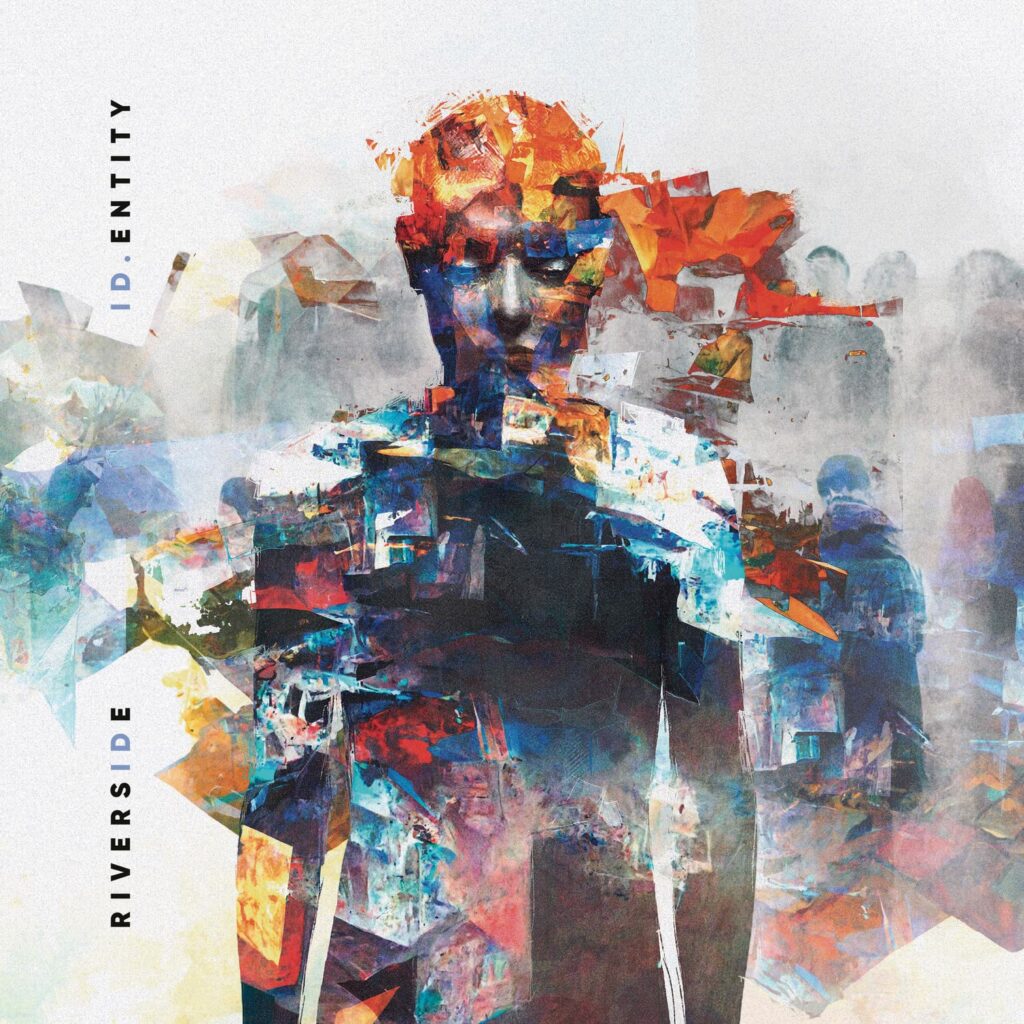 So here it is, the eighth studio album from Riverside. After the release of the singles “I’m Done With You” and “Self Aware”, which took a lot of getting used to, my anticipation was very limited. Nevertheless, since yesterday’s release “ID.Entity” is running in constant rotation in the home office, in the car and in the spare time – and indeed the initial skepticism has given way to a certain fascination.

Probably also other fans of the Polish Progressive Rock spearhead will have to work out the new disc first. Like the two pre-releases, the entire work initially comes across pretty untypical for Riverside. The quartet breaks with listening habits – and quite radically for its standards.

Keyboard sounds are a matter of taste

The opener “Friend Or Foe?” already leaves the listener – fitting to the song title – no third choice: Either you like the keyboard sounds in the approximately two-minute intro or you don’t. In the latter case it is difficult to enjoy the remaining 50 minutes of the album. Again and again keyboard artist Michał Łapaj, who had released my personal album of the year in 2021, delivers reminiscences of the 1980s on his equipment, which even today cause stomach upset for many followers of sophisticated Popular Music.

It can be assumed that Riverside will face similar criticism in the coming weeks as 2016’s British prog metal colleagues Haken did with their controversial “Affinity,” which occasionally even sounded like Yes’ 90125. “Owner Of A Lonely Heart” memories don’t come up with “ID.Entity”, but the Neo Prog wave is definitely present in certain moments – for example when the synths sound somehow “cheesy”, for example at the beginning of “Big Tech Brother”. I admit: I like retro occasionally – and this is the case here.

Riverside always had a penchant for it. Łapaj’s favorite instrument at live concerts is the Hammond organ (by the way, also in the new song “Post Truth”), and Mariusz Duda also likes to swap his bass for LoFi keyboards on solo tracks and thus creates – as on the three records of his “Lockdown Trilogy” – a very special, contradictorily also somehow modern atmosphere.

Since the group’s debut (Out Of Myself, 2003), opinions have been divided on his vocals anyway – and on “ID.Entity” there is no middle ground here either. This time the Riverside frontman even doesn’t leave that to the fans lyrically. The times of metaphorical lyrics, such as on the brilliant “Forgotten Land” EP or the previous album “Wasteland”, are definitely over.

The new work revolves around alienation, disappointment – and ego trips of social media self-actors, of whom the user at the other end of the line often does not know whether they are friends or foes. Mariusz Duda expresses his criticism of anonymity in a high-tech world more directly than ever. The lyrics hit the nail on the head and leave – like the similar cult album “Fear Of A Blank Planet” by Porcupine Tree – hardly any room for interpretation.

Direct words instead of metaphorical lyrics

With lines like “I went out into the street / Wasn’t here for a long time / Everyone’s divided / Extreme right or extreme left / That’s the only choice” the Riverside lyricist sometimes makes it a bit too easy. He reduces social reality to black and white – which it is not, of course. Fortunately, there are still shades of gray – both in human relations and in politics.

However, my expressed criticism is complaining on the highest level: Because in terms of innovation Riverside have long since outstripped Porcupine Tree – with whom they often had to be measured in the past. Their comeback “Closure/Continuation” opens up much faster in direct comparison, which is not a compliment in this case. Because truly progressive music naturally also serves the purpose of challenging the listener and sometimes provoking him with its otherness – and the four Poles succeed brilliantly in both on “ID.Entity”.

A kick in the butt is for example the introductory voice in the third song: “Hello listener! If you want to hear the next song, you must first agree to terms and conditions. It won’t hurt. Well, at least not now – maybe later”, explains the eponymous “Big Tech Brother” before the first bars sound. The unusual opening alludes to the free mentality of many Internet users, which they buy dearly – for example in the streaming landscape – by giving up sensitive personal data to big brother. “Mass control, 84, Brave New World”, as it is resignedly called in the further course.

In the almost nine-minute closing track “Self Aware”, the four guys give all the crazy, self-proclaimed “opinion leaders” on the net the finger lyrically: “I’m sick and tired / Of our fighting / On a minefield of the social distance warnings”, Mariusz Duda shouts sullenly in their faces – and calls on the remaining sensible people: “Unsubscribe the ones who make us hostile”.

While Riverside don’t take any prisoners with their lyrics, they leave room for interpretation when it comes to the album title: “ID.Entity” is a nice play on words that perfectly represents their multi-layered work. Just like the cover, on which a figure is composed of many colored fragments – or maybe just breaking apart? However, the personality puzzle – his “ID entity” – he apparently didn’t design herself, it was imposed on him from the outside (by dubious role models?) – at least that’s how I interpret the excellent artwork.

As I write these lines, the record is of course playing again – for the fifth or sixth time. And I notice that it appeals to me more and more with its direct nature – both musically and lyrically. At first, I wanted to give only 8 points in the overall rating, but now I already tend to a highly deserved 9.

Stronger with every record run

When Riverside play “ID.Entity” in the course of the year – hopefully – also on German concert stages, surely another point could be added. Because the record is a real “grower” – and that’s not the worst thing you can say about a new Progressive Rock release nowadays …
P.S.: The deluxe edition contains, among other things, two long tracks that didn’t make it onto the regular album due to their mood, but are just as worth listening to.