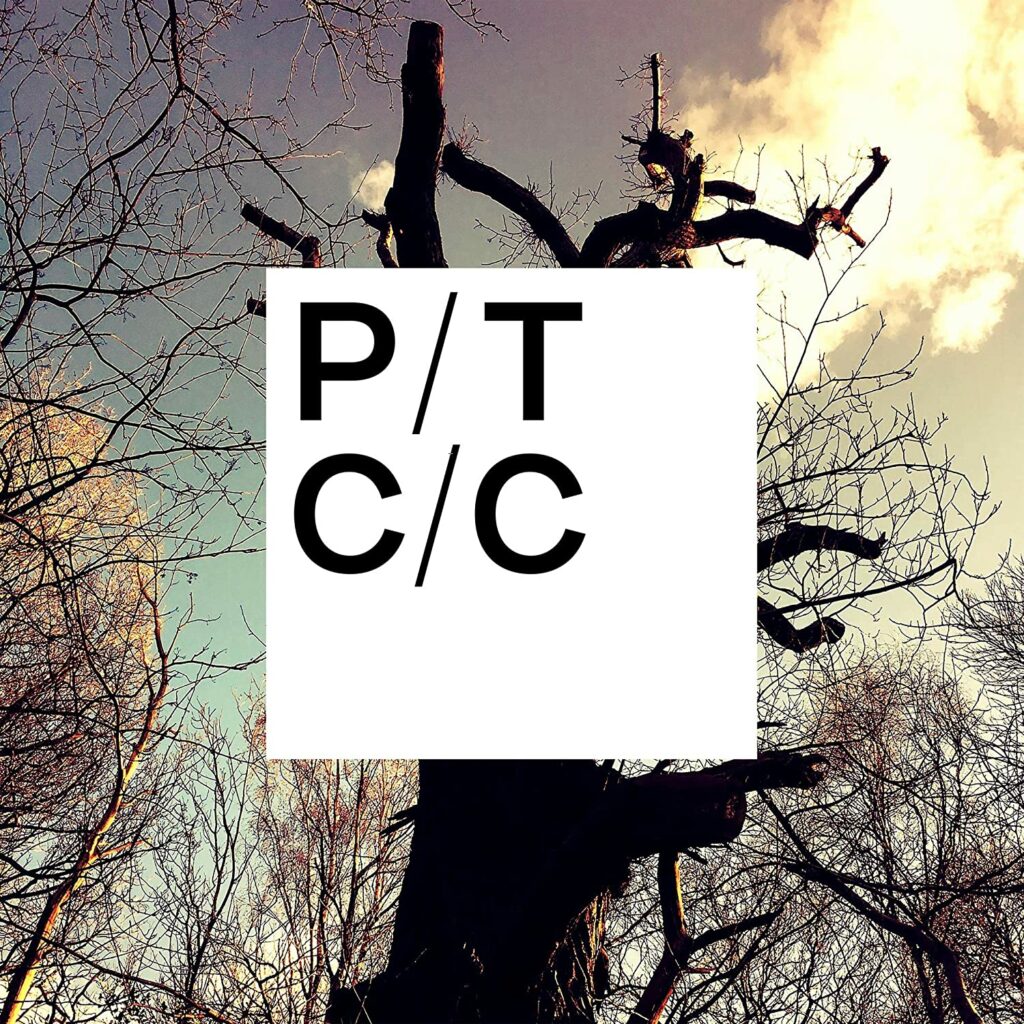 Porcupine Tree have released a new long player! A year ago, this statement would have seemed just as unbelievable as the news about a virus that could change the course of our world. But now I actually hold the work in my hands. However, after the first few runs, my initial enthusiasm is mixed with a bit of disappointment: Were my expectations for the British first sign of life since 2009 perhaps too high?

In any case, one thing is certain: This review is the hardest that I have written so far. I also had to think for hours about the rating for “Closure / Continuation”. No doubt, what can be heard is musically at its finest. But compositionally, not all of the seven regular album tracks pick me up. The much-vaunted “goose bumps factor”, which has almost always been present in Porcupine Tree’s music, rarely occurs.

However, that is whining at the highest level. The name of this website is inspired by a song that I still consider to be the best of all the many strokes of genius of the Progressive Rock spearhead (“Buying New Soul”) – even though it’s not even on a regular album, but only appeared on the B-side compilation “Recordings” (2001). I believe that says it all about the incredible quality of Porcupine Tree.

Pure enthusiasm erupted in me when I heard the first new track for the initial time at the end of 2021 after 13 years of studio abstinence (the last long player was “The Incident” in 2009). The group, which has since shrunk to a trio because bassist Colin Edwin simply wasn’t considered for the new record, kick off “Harridan” like they never left. And you notice from the first few seconds: This is a rhythm-driven disc. With the staccato-like bass riffs, Steven Wilson immediately shows where to go. Colin Edwin’s abstinence shouldn’t have a negative impact: “I can play the bass really well too!”, the protagonist literally shouts at us.

The band leader can undoubtedly do that. Nevertheless, I occasionally lack that calm, serene virtuosity of the former man on the strings, which in the past made up a large part of the fascination of many classic tracks – such as “Buying New Soul”. But enough criticism – for sure, the brillant opener is also destined to become a classic in the PT-repertoire.

Of particular note is Gavin Harrison’s outstanding work on the skins. The drummer is already a living legend and masters the most breathtaking tempo changes as if they were the easiest thing in the world. In order to do justice to his brilliance, he has to be mentioned in the same breath as the great legends of the business, who have been behind the drum kit for a much longer time. To me, Gavin Harrison, with his involvements with the two Prog greats that start with P (Porcupine Tree and Pineapple Thief), is something like the 21st century Bill Bruford, who in the 1970s/80s was in Yes and – briefly – also played live in Genesis. Their common denominator is also King Crimson – another style-defining Prog formation in which both men were active.

The preliminary release, which is appropriately also the first song of the finished “C/C”, also shows Steven Wilson in top form vocally. It’s simply great how he sings the sad words in the final part with his fragile voice. The long instrumental sequence peppered with many twists and turns and some Industrial touches also shows the band to be up to date.

“It’s the time of the almost rain without you.

I am in debt tonight.

And gone to earth for love.

And what of us?

And what of me?

And what is left without you?”

After “Harridan”, which was released back in November 2021, I was so blown away that I ignored the other two songs that already came out before the official album release. Because they couldn’t be better than this perfect comeback song, I thought. Unfortunately, my assumption was confirmed. “Of The New Day” as track number two maybe a beautiful ballad, but nevertheless has been heard several times from Porcupine Tree in a similar form. The song plays a bit too much on the safe side in my opinion – in contrast to “Harridan, which sounds familiar but new at the same time.

In contrast, “Rats Return”, the third pre-single, has much more courage. It begins with ethereal sounds by Richard Barbieri that lead first to a veritable riff storm and then all of a sudden to an irresistible groove. The contrast between aggressiveness and relaxation exerts a great attraction. The crooked beats that Gavin Harrison strikes here leave you speechless once again.

Also worth mentioning are the lyrics, which bear a more than coincidental resemblance to Pink Floyd’s song cycle “Animals” (1977). In the best George Orwellian manner, Steven Wilson rails against some of the “rats” in world history that have exercised or still exercise their power over those weaker. The enumeration of well-known names (“Genghis K, Pinochet, Mao Tse Tung, Kim Il-Sung”) in turn evokes memories of the biting social criticism of the last Floyd album with Roger Waters, “The Final Cut” (1983).

“C/C” is complex and stereotypical at the same time

Afterwards, “Dignity” brings us Porcupine Tree in its purest – and best – form. The almost nine-minute song is wonderfully relaxed, but a compositional monolith is hidden under the velvety surface. Right in the middle you even get the impression that everything ends here in complete silence. But then a brilliant guitar solo by Steven Wilson – sadly almost the only one on the entire album – rises up and takes the song over to its absolute climax at the end. The rousing melody in the polyphonic chorus is the final ingredient needed to give me goosebumps as described above. A real “eargasm”!

“Herd Culling” then builds its foundation on another prominent bass riff by Steven Wilson. And, as already mentioned, the frontman knows his craft really well with the deep tones. But sadly, Wilson’s initial idea for this song is a bit too stereotypical for me – especially as it stretches over a good seven minutes. The fact that the lyrics are once again an allegory of Orwellian guise – this time the herd and the “big bad wolf” – isn’t particularly imaginative, either. Overall not a bad song, but still a long way from a Porcupine Tree classic.

Unfortunately, this also applies – especially – to “Walk The Plank”, which leaves me completely cold, both musically and lyrically. Lost album time that should have been reserved for one of the deluxe edition’s three bonus tracks. But I’ll get to that later.

Unfortunately, the end is disappointing

The conclusion is “Chimera’s Wreck” – the almost ten-minute long track that all hardcore proggers have of course been longingly waiting for. It begins with a gentle acoustic guitar and Wilson’s plaintive voice like a typical Iron Maiden-style Metal semi-ballad, only to develop into a musical roller coaster ride after the four-minute prelude. Regarding the context, which is about a stranded ship, one would rather have to speak of the ups and downs of the waves that develop here. Unfortunately, the guitar riffs that are supposed to underline the whole drama are just off-the-peg fare: You’re sure you’ve heard them somewhere before – which is too bad! Worth mentioning is a short Wilson solo, which comes along somehow bluesy, but also doesn’t hit the right nerve with me.

I also find his falsetto singing really bad. He doesn’t seem natural and – like on his disappointing last solo work “The Future Bites” – much too tortured. Don’t get me wrong: I don’t think it’s a bad thing that the bandleader isn’t the best singer there is – as long as his emotions come across (e.g. in “Harridan” or “Dignity”). But he should not try to sound like Prince all the time. You can tell by my words: The finale can in no way be compared to feats like “Anesthetize”, “Arriving Somewhere But Not Here” or “Russia On Ice” – and that’s why, despite some really good songs on “C/C”, I ultimately been left with a slightly bitter aftertaste.

But then there are bonus tracks of the deluxe box set, which – including a BluRay – cost around 60 euros. And these show Porcupine Tree in top form again: “Population Three” (a hint that Porcupine Tree is now only three?) continues the group’s tradition of strong instrumentals and this time really takes the listener on an emotional roller coaster ride. As a classic Porcupine Tree ballad, “Never Have”, with its irresistible rhythm, is a much better alternative to “Of The New Day”.

And “Love In The Past Tense” is the most extraordinary piece of the entire “C/C” sessions. Steven Wilson’s vocal performance – partially layered in polyphony again – and Gavin Harrison’s tasteful drumming make it an experience that can hardly be put into words. Even the short falsetto interludes by Wilson don’t disturb the overall impression at all in this case.

With a slightly different selection of songs, the entire album would have had what it takes to be a PT classic. But as it is, there is a clear point deduction in the A-note from me – because of one total failure and some less inspiring pieces.

When it comes to the B-note, however, the unbelievably transparent mix of the album has to be praised. It doesn’t get any better than that! Owners of expensive sound systems can look forward to an absolute reference level. The pieces can also be enjoyed particularly well with excellent-sounding headphones such as the AirPods Max from Apple. On the industry giant’s music service, the first seven tracks are also available as a “Dolby Atmos” mix, as is also the case on the BluRay of the deluxe box sets. You experience the music – in the truest sense of the word – from a completely new perspective.

But I also have to criticize a bit when it comes to the B-Note: Because the cover and the entire artwork with its abbreviations and graphic forms are the most unimaginative that Porcupine Tree has delivered since it was founded in the late 1980s. I know that this time it’s not a concept album, but that doesn’t justify the loveless design of the trappings.

Otherwise the band hasn’t forgotten any of their artistry after their long absence. Overall, I’m more than happy that the guys are finally back – albeit with one less member. However, it is unclear where the further journey will lead to. The album title also indicates the conclusion on the one hand and the continuation on the other (“Closure/Continuation”). But it is to be hoped that the outstanding sales figures – among other things, the new album ended up on Number one in the German charts – indicate the latter.

Porcupine Tree to play in Oberhausen

For the moment you should simply enjoy the unexpected Porcupine Tree return and – like me – look forward to the European tour in autumn, which will also take the band to the Rudolf-Weber-Arena in Oberhausen on Sunday, November 6th. It will be interesting to see how “C/C” will perform on stage. Traditionally, Porcupine Tree tracks develop their very own dynamics at concerts – and the band has already announced that they will play the entire new album in the first part. Incidentally, Randy McStine (Guitar) and Nate Navarro (Bass), also well-known in the Prog scene, will be guest musicians. On the other hand, John Wesley, who otherwise always assisted on the strings and also sang at concerts, also fell by the wayside within the long break.

Tickets for the concerts of the European tour are available at Eventim.de, among others.